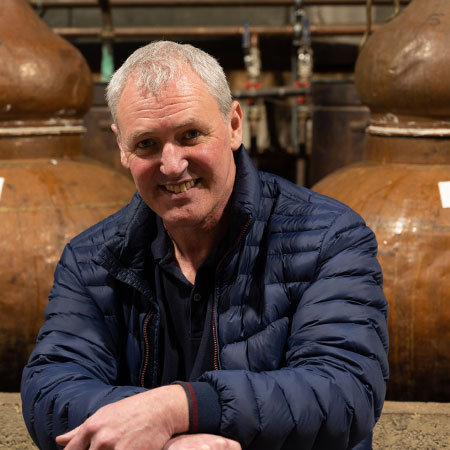 Like all good stories, English Spirit’s story started with discovering a loophole in an archaic law, that prevented craft distilling. That's where Dr John Walters comes in: a former Oxford scholar, with a background in biochemistry and the pharmaceutical industry, who was looking for a new challenge. After listening to a Radio 4 feature about French eau de vie, Dr John was left inspired to try his hand at distilling and set about defiantly setting up a four litre still for personal use which launched him onto a new epicurean adventure.

Using his ingenuity, he picked some grapes off the side of his house, which he set about fermenting and distilling to produce his first spirit, a brandy, which was surprisingly much tastier than a nice bottle he had recently bought. Encouraged by the results, he tried his hand at more spirits, being continuously delighted with the delicious outcome, soon enough he had an epiphany. Imagine if more spirits could be enjoyed neat, tasting this superb without the burning sensation?

In 2011, English Spirit was officially born, when John opened Cambridgeshire’s first distillery at the Old Salt Depot in Dullingham. At the time there were only four small-batch distilleries within the UK. Five years later, English Spirit Distillery expanded to a new site at Great Yeldham in Essex, adding twenty 200 litre stills to the operation, designed and custom built to John’s specifications. By then the variety of spirits distilled included the UK’s first rum, as well as vodka, gin, and sambuca. To which John applied his simple quality standard that a good spirit shouldn’t burn if you drink it neat.

Named after the patron saint of Cornwall, who brought fortune to his countrymen with the discovery o...

An English answer to the Italian classic. Freshly zested lemons and their juice are paired with our ...

From the UK’s only sambuca distillers comes the rarest and most surprising of tipples: an utterly ...