For those who don’t know me, I am Boutinot’s quality and technical manager. When you have a complaint about one of our wines, I’m the one who investigates. When you want to ask if it is natural, vegan, suitable for coeliacs, low in histamines, PFOA and paraben free, or if it’s just a question nobody knows who to ask of, it usually lands on my desk.

Recently, I was asked to take on a ‘small’, underdeveloped area of our portfolio, Central and Eastern Europe (CEE). Now when I say small, I’m referring to the number of wines we list. In terms of geography I manage one of Boutinot’s biggest portfolios by area – so it’s ironic that when I began I inherited just two Hungarian producers.

I have a deep love for wine and noble intentions, however, my lack of commercial sense made me think this was likely a stop-gap solution. Yet shortly after I started, we took on organic, Romanian supplier, Nachbil – an amazing winemaking team who have developed something of a cult following. And better still, I was left to carry on working with our CEE partners.

Happy with my small group, I didn’t feel the urge to rush out and sign up any more suppliers until I visited a Georgian wine tasting last year that stopped me in my tracks.

I was blown away by the passion of the people running the event, their stories of the rich and ancient culture of Georgian winemaking, and, of course, the uniqueness of the wines – amber wines, qvevri wines and natural wines along with wines more familiar to a western palate. Almost everything was made from native grape varieties, most of which I’d never heard of before (and still can’t pronounce) but loved.

I cross-checked my tasting notes and singled out a few producers of interest. The long and short of it is that after a few months, and a lot of samples, we were excited to officially announce our new Georgian wine partner – Teliani Valley.

With the amazing Teliani winemaking team, we set about choosing which of their wines we wanted to bring in. It’s no simple feat bringing wine over from Georgia, we had to make sure we brought the right ones!

Apparently the more consonants in Georgian wine the better the wine

Further info can be found on our site (each wine links to it’s product page) but to summarise we settled on:

Kakhuri Number 8 – An Amber wine made from a blend of grapes you’ve never heard of and can’t pronounce. I have high hopes for this wine, rich and complex yet very approachable and attractively priced.

Unfiltered Saperavi – Slightly more complex, this is actually a recognised style in Georgia and indicates the grapes have been sourced from selected vineyards in Kakheti. The resulting wine has some oak ageing and is, yes, unfiltered.

At the top of the tree we have two very special qvevri wines – where whole bunches of grapes are fermented and aged in subterranean terracotta pots lined with beeswax.

We selected a complex and elegant pair – an amber Kisi and red Saperavi. Whilst made in an ancient manner unique to Georgia, these are serious and proper wines made by people with a real understanding of the science behind their craft. 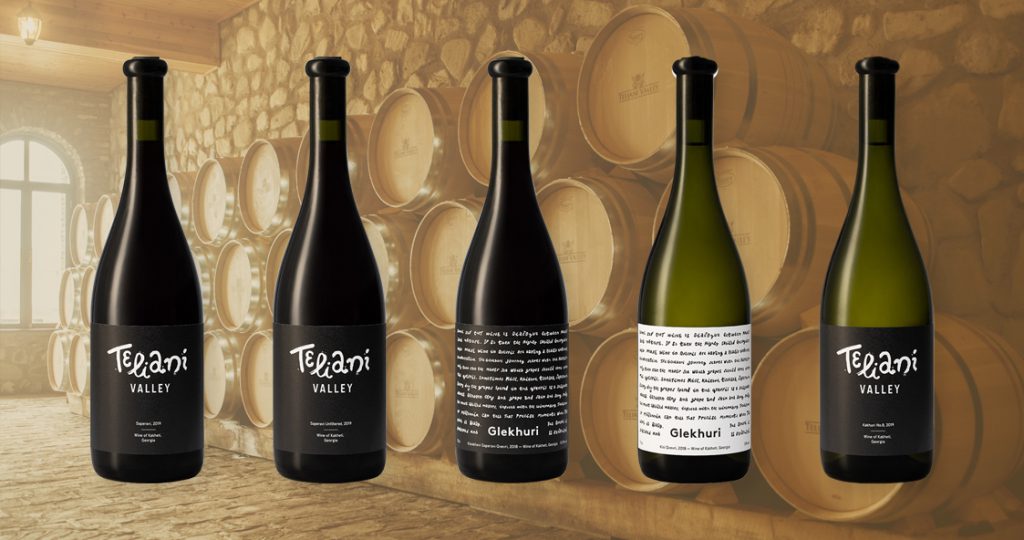 Now I don’t know if you’ve ever looked at Georgia on a map, but it’s closer to Nepal than it is to the UK. We spent a good few months working on transport solutions, to the point where I was actually considering hiring a van, ‘Paul Boutinot’ style, and driving to Tbilisi myself.

Added to the distance, you’ve got the small matter of some somewhat volatile neighbours – important if you need to transport wine through those countries. Russia to the north still has eyes for Georgia, then the closest Russian states to Georgia are the notoriously lawless Dagestan and Chechnya – not forgetting the oil-rich and infamously corrupt, former Soviet republic, Azerbaijan. To the south, Turkey doesn’t offer much more in the way of reassurance for the safe and smooth passage of our wine.

Added to the politically instability, there are also extreme summer and winter weather conditions along the journey to consider, so the wines don’t get damaged en route. All in all, a lot of hassle and frankly, if we were not so excited about bringing these wines to you, we would have surely sacked it off months ago! Nevertheless, we persevered, and the wines are finally here and they’re even better than we remember.

It’s been a long and arduous journey getting these wines here, but it’s been worth all the hard work and I’m really excited to see what our customers make of them!

On Our Travels, Our Stories

If orange is the new black, amber is the old orange.

Vibrant crunchy and juicy, this might be everyone's new favourite wine!

Who knew Brotherhood of Man were so far ahead of their time when they won the 1976 Eurovision Song C...