What's changing in the world of Rioja?

If you had the good fortune to come along to our latest round of tastings, you may have seen the brand-new Rioja agency we’ve just taken on. We did our own makeshift press release on it here, so have a read if you want to get up to speed on Bodegas Gómez Cruzado.

Anyway, the subject of Rioja has sparked a bit of conversation at HQ. Remember a couple of years ago DOCa Rioja announced they were changing a few things: region names, ageing classifications etc.? We do too, but we admit we weren’t paying as much attention as we should at the time, hence the sparking of conversation in the office…

So, we know change is afoot in Spain’s most famous wine region, but what does it all mean? Why have they done it? And, when can we expect to see it all that new info on bottles?

After much thinking, a little digging, and a couple of key phone calls, we’ve got the definitive answer… we think. 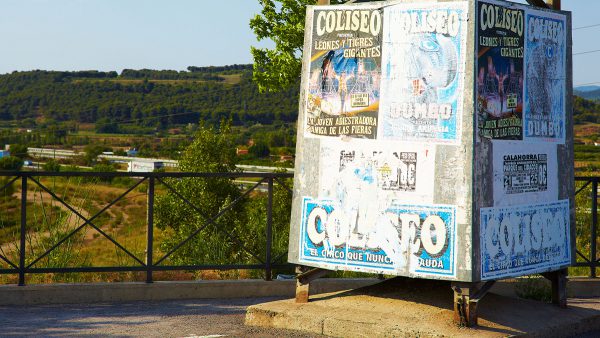 The main change is that Rioja is making the shift away from the length of oak-ageing as its primary indicator of wine quality. Producers are instead being encouraged to get behind regional microclimates and single vineyard sites. We’ve known for ages that you can get really ropey Gran Reserva, and world-class Joven so it’s probably a good thing that the region is moving towards a different system.

Here’s the speed summary of what you really need to know:

There are a couple of other bits, but that’s the long and short of it. If you want to read all the nitty-gritty – and are fluent in Spanish (!) – you can read every last bit of detail here. You can thank us later…

Why have they done it, and when can we expect to see labels change?

DOCa Rioja is looking to place a new emphasis on specific terroir and geographical origins of any given wine. Understandably they’ll have looked around at the other regions in the Old-World and thought that three basic zones and an age classification didn’t cut the mustard, especially for region as big and diverse as Rioja.

As for when we can expect to start seeing the changes to labels: these changes were announced in summer 2017 but were all fully implemented across the region as of the start of this year. With the vast majority of producers still opting to produce Crianza/Reserva/Gran Reserva wines, it will be a few more years yet before they are ready for release with their shiny new labels, but we can probably expect to see changes start to trickle out over this 2019 harvest and into 2020.

So, there you are. Hopefully, that’s all clear, but if not feel free to get in touch and we’ll do our best to clear things up!