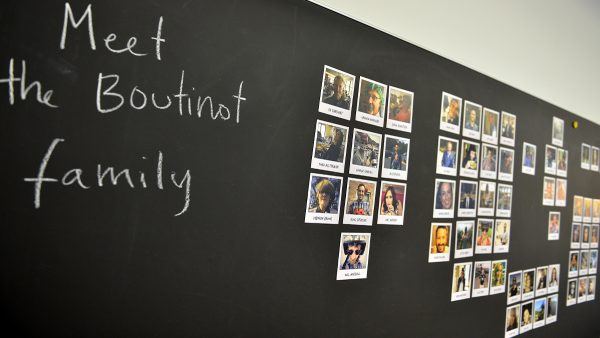 Stop the press! Hold the front page! Do whatever you’ve got to do because we’re chuffed to bits to have been able to pick up the Wine Distributor Trophy at the 2019 IWSC Awards!

According to their own website, the IWSC awards exist to recognise excellence in the wine and spirits industry. In their announcement of the award on Twitter, the IWSC praised Boutinot for standing out due to our “dynamic, people-centric approach”. 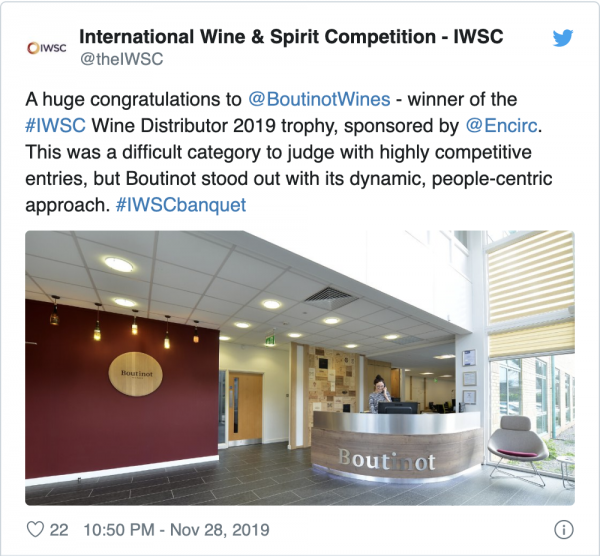 It’s been a great year for us, having picked up Harpers’ top wholesaler of the year a few months ago, and now this! Of course, we don’t do what we do for the awards, but it’s always nice to be recognised for the hard work everybody at Boutinot puts in to serve our customers in the only way we know how. Everyone from our buyers to sales teams, customer services folks and all the support staff make Boutinot what it is and put us in a position to pick up the occasional shiny trophy like this.

It’s not quite December yet, but we’ll take this as an early Christmas gift!