As someone who grew up at the tail-end of the Cold War, I naively believed that the world was heading in the right direction – that the time of missile crises, repression, persecution, invasions, right wing dictators and the like was over, and while there were still a few rogue bogeymen clinging on in places like Libya, Iraq and North Africa the spread of democracy was inevitable and would reach them in time…Sadly my optimism was misplaced and the bogeymen are as present now as they ever were.

Russia’s invasion of Ukraine affects all of us in a myriad of ways, and in the wine industry we can point to the availability issue of screwcaps and bottles that are no longer being produced in Ukraine, and the severe price hike of gas and fuel affecting all transport and production as the most obvious examples. And, while Ukraine is clearly taking the brunt of the physical aggression, they are not the only ones struggling as a result of Putin’s empire building efforts.

Georgia for example is also suffering – and let’s not forget that the Georgian regions of Abkhazia and South Ossetia were annexed by Putin in 2008, citing unnamed threats to ethnic Russians in the region. All of which sounds remarkably familiar, but there was less international outrage.

Back in the present day, for our supplier, Teliani Valley, their biggest export market last year was Ukraine, to the tune of 2 million bottles. That market has disappeared in a heartbeat. Second biggest? Russia. Third? Belarus. Fourth? Kazakhstan. 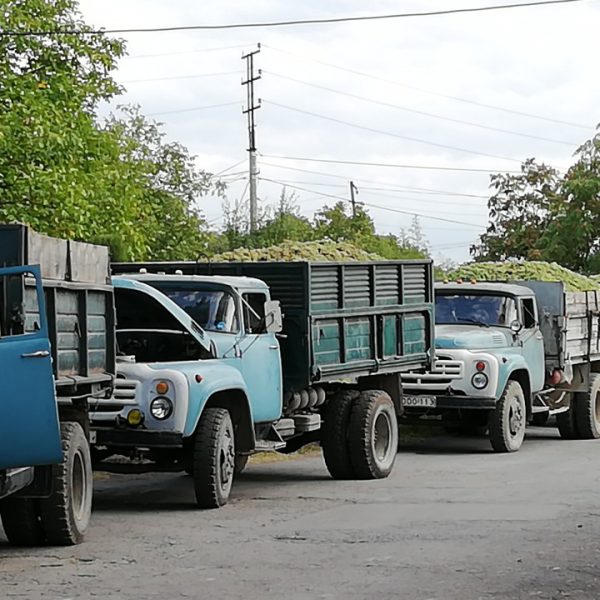 Even if Georgia wanted to continue trading in those markets, the disruption to electronic payment transfers and the plummeting rouble mean that this would be at best a very risky venture.

Now these markets were not buying the same premium wines we ship, in fact the Georgian wine industry’s desire to invest in modern facilities and create premium well packaged wines that would appeal to western tastes is at least partially prompted by the volatility of their neighbour to the north. Nevertheless it does leave the supplier with a very big logistical headache of what they can do with the wines they produced in 2021 to service these markets.

Not a great deal we can do with that, but they are a good supplier whose wines have been very well received in the UK since we launched them mid-pandemic – so we knew we wanted to do something to help, and the best way we thought we could do that was to sell as much Georgian wine as we could to help them with cash flow.

We hope you, dear customers, can go forth and sell as much Georgian wine as you can and hopefully help the supplier through this very trying time.

Made from the native Georgian variety Khikhvi of which there was only one single hectare recorded in...

Vibrant crunchy and juicy, this might be everyone's new favourite wine!

Densely coloured and packed with flavour!

If orange is the new black, amber is the old orange.