If you ever flick through any sort of magazine or publication aimed at the wine trade, you’ll no doubt have read somewhere that we should all be really excited about wines from upcoming regions. Whether it’s about targeting millennials, keeping up with the latest craze to come out of the London restaurant scene, or somewhat cynically trying to put a positive spin on the state of global warming, everyone is ever-keen to uncover the ‘next big thing’ in wine.

The honest truth is that we’re not sure if Japanese wine falls into that category or not – they’ve actually been producing wine there seriously since the late 19th Century, so can’t really be classed as ‘new’ – but one thing we are sure of is how good the stuff is that we’ve just added to our portfolio. More on that in a bit. But first, a few things you should know about Japanese wine:

It’s all about Koshu

If there’s one fact you need to know about viticulture in Japan, it can be summed up with this word – Koshu. The Koshu grape is actually native to Japan, but has its routes in Europe, having travelled down the Silk Route. It accounts for the major chunk of Japan’s wine production and since 2013 has been recognised as an ‘official winemaking variety’ by the OIV. The real wow factor for Koshu is its colour – brilliant pink – and when it’s planted in the traditional pergola method can make for some pretty spectacular photos. 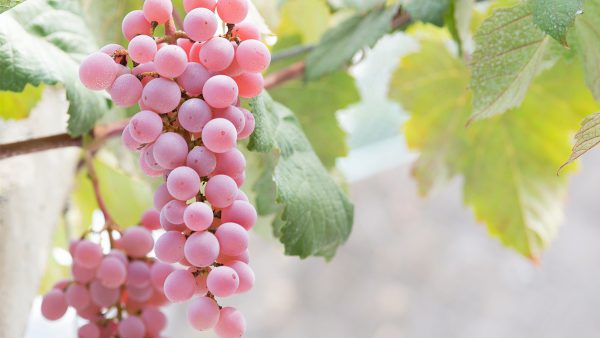 Of course, you can’t sell a wine purely off the colour of the grape skin that it comes from, so we better say a bit about what it tastes like… Koshu wines are actually really delicate and tend to show quite a lot of fine citrus and white stone fruit. Unsurprisingly it pairs really well with Japanese food – think fresh seafood, light meats, tempura, or an over-the-top pairing for the Sushi tray in your Tesco meal-deal. 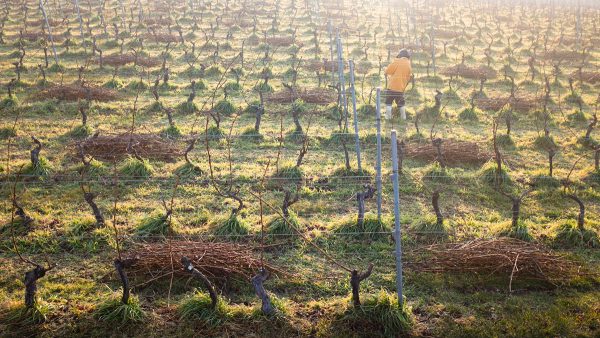 It’s not all fun and games

When you see photos of Japanese vineyards, it all looks as ‘zen’ as you might imagine – the pergolas and eerie mist punctuated by the vibrant pink clusters of Koshu. But Japan’s winegrowing climate is actually a bit of a nightmare. Japan’s vineyards are located in subtropical environments that are prone to heavy rainfall during the summertime, right in the heart of the growing season. This brings with it all the associated risks and headaches that come with hot temperatures and lots of moisture, most notably rot and swollen berries. Winemakers then have to be absolutely meticulous in their management of the vineyards and have developed their own innovative ways of coming up with the goods come harvest.

There’s a lot to winemaking in Japan. It appeals to the ideas of exoticism that drive a lot of the excitement around new and interesting wine regions, but Japanese wine comes with a delicacy and level of attention to detail that can sometimes be lacking in the New World. Quiet, meticulous, and coolly going a little under-the-radar – it’s all part of its charm. So, when we tasted the wine itself and thought “that’s a bit alright”, it’s no wonder we’ve been so excited to introduce Château Mercian to the wine-drinking public of the UK when it lands on Monday 20th May! 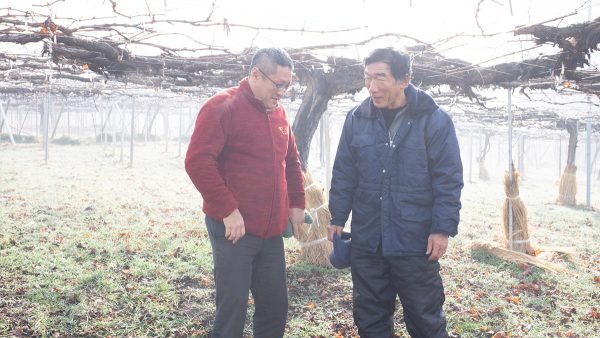 Château Mercian essentially is the history of winemaking in Japan and amongst its growers are the current generation of the two young men sent out it the 1860s to learn winemaking from Japan. Indeed Mr Takano’s oldest Koshu vineyard is named Troyes, the city in France where their forefathers were sent.  Today Japan, and indeed Château Mercian, produce Merlot, Chardonnay, Cabernet Franc, Cabernet Sauvignon, Syrah and more, experimenting with Albarino, Mencia et al. The productions are minimal with tiny yields from the few areas land given over to vines. But there is huge interest in the delicacy of flavours produced here, what the OIV called, in giving vitis vinifera status to Koshu “the next generation of our palate”.

It is an exciting time for Japan, with the Emperor changing in March 2019, the Rugby World Cup in September 2019, the Olympics in 2020, as well as landing probes on asteroids, and launching their stunningly detailed, unique and enchanting wines on our soils. 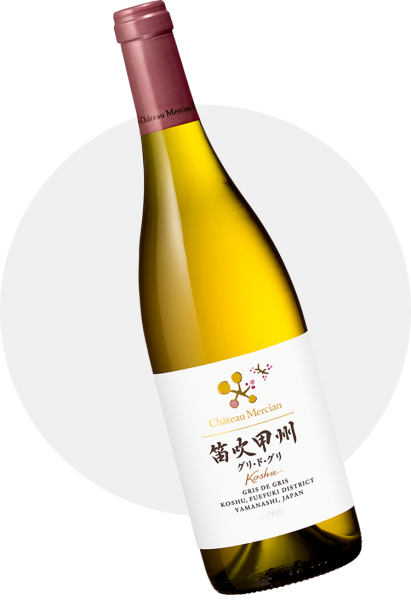 An exceptional expression of Japanese culture, let alone Japanese wine. This gentle wines quiet persistence and certainty of presence on the palate is a delight. You need to slow down, pop on some noise-cancelling headphones and enjoy its subtle, textural charms. Like sucking a freshly-shucked oyster through pink silk.

This spends time on lees to bring out some palate weight. This is very bright, high in acid and with gently aromatic with a slightly lactic note. Think Muscadet played on the black keys.

In the News, Our Stories