Biodynamics is one of those things that in the wine trade we think we know pretty well, but it isn’t as black and white as to whether you think it’s awesome or a load of nonsense. We spoke to Waterkloof’s Farm Manager, Christiaan Loots to learn how biodynamics is evolving and how it doesn’t stop with Steiner. Believer or not, it’s a fascinating wine movement that’s not going away.

Check out an excerpt from our Skype interview with Christiaan Loots of Waterkloof wines, where he talks us through why biodynamics is bigger than Rudolf Steiner: 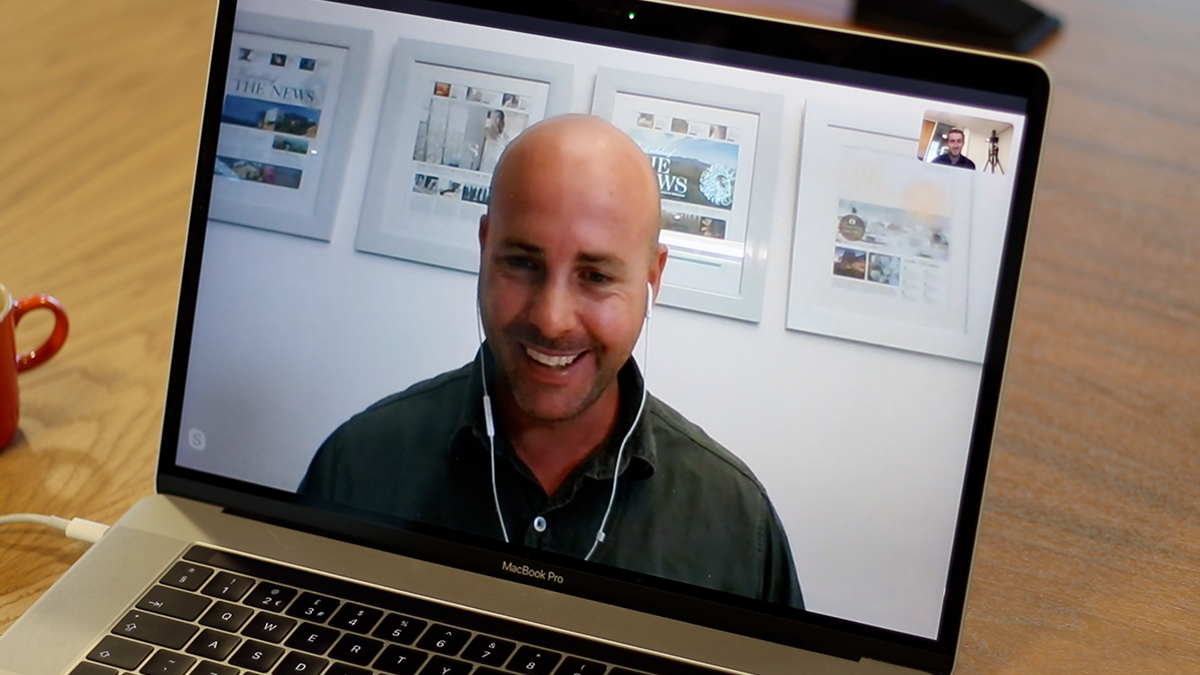 We sat down to Skype with Christiaan to chat all things biodynamics.

Give us a quick summary of biodynamics according to Christiaan Loots.

CL: Ok, so Biodynamics is all about working with ‘life forces’. If you take nature in all its essence, it is 100% perfect – everything in nature works together to create a perfect system. The only thing in the whole system that isn’t perfect is humans. The reason for that is humans are supposed to be spiritual beings, living an earthly experience but our worlds are now dictated by commercial agriculture and we’ve lost touch with nature. So, biodynamics is about bringing the farmer back to a place where he becomes spiritual again and works within this perfect circle of nature so that you can still farm a farm 100 years from now without degrading it.

So is it a hard and fast set of rules that you follow that gets you to that point?

CL: This is an important point to make – while there is a core set of rules that Rudolf Steiner wrote down, you have to use biodynamics as a tool. You have to walk through your own vineyards to see what works, what plants you have and what you can use biodynamics for. For example, what works biodynamically in a vineyard in the Northern Hemisphere, might not work for me here in the Southern Hemisphere. We’re dealing with different microclimates, different soils and different plants. It’s all old knowledge that has been forgotten and we’re now moving back so we can be part of one perfect system.

Would you describe it as more of a lifestyle than a farming practice?

CL: Absolutely. In order to farm biodynamically, you live biodynamics because you are a natural being and therefore part of the system. You can’t remove yourself from the system and so yeah it definitely has to become a way of life.

You mentioned Rudolf Steiner before – he’s often recognised as the ‘Father of Biodynamics’, would you agree with that?

CL: Part of the problem is that people think biodynamics is Rudolf Steiner and that just isn’t the case. Rudolf Steiner did come up with the philosophy but there’s a lot of stuff that he did not put into his books, like fermenting microbes or extracting silica from plants, which has been around for thousands of years and not in the biodynamic books. We don’t have a problem here with photosynthesis so the need to use horn silica isn’t a reality, using it would burn our leaves. This is just an example of where the farmer needs to realise that decisions need to be made, and they’re the ones making them, not Rudolf Steiner. People need to get away from the fact that it’s a religion – it’s not. It’s a farming tool that needs to be built upon and has moved on a lot since Steiner’s death.

What then is Rudolf Steiner to you, if not the be all and end all of biodynamics?

CL: He’s the guy that got the ball rolling in terms of linking farming with spirituality. There’s a lot to be learned from that, but when it comes to the nitty-gritty of what you do on your farm, that’s up to the farmer themselves.

How would you sum up what makes a biodynamic wine different?

CL: First of all, it affects your crop size. Our harvest is about half that of conventional vineyard in our area. The second point is all about flavour. When you farm biodynamically you are bringing out the terroir of the soil because your soil is alive. You can taste it in the grapes – there’s a lot more flavour. We’re dealing with small bunches with think skins and grapes that have a lingering flavour – you just don’t get that from ‘manicured’ vineyards. You end up with a balanced but concentrated wine with good length and so on. Listen, you can still bugger up the wines in the cellar, but biodynamic grapes are just superior. In the end, you have to decide, are you going for the bulk thing, or are you going to make fantastic wine?